Paris in a different light

Posted 6 years ago by Author 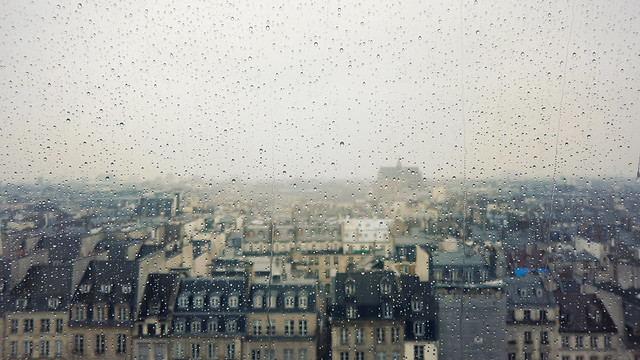 Paris had always been to me a city of romance: the Eiffel Tower, the long walks along the Seine, the cafes, and a language that sounded like music to my ears. Every corner I turned was imbued with iconic images and monumental history. Now, it was also filled with memories of my grandfather’s death. I had come to Paris, not to be proposed to on one of the Seine bridges or under the Champs-Élysées nor to follow in the footsteps of Hemingway or Picasso, but to rush to grandfather’s deathbed. He was dying of cancer. My grandparents had lived in Paris for ten years. They moved there when my uncle got accepted into medical school, and although I had visited them a couple of times, they often came to Toronto to see us and my other relatives. Before that, they had migrated from the United Arab States to Afghanistan for settlement. Grandfather had been a Battalion Commander or drill sergeant who used to train soldiers for the war in Afghanistan. He was a strong man and had seemed invincible to me. He never believed in taking medication to cure illnesses. He used to say, “It’s all in the mind.” He made me believe that anything was possible, if you wanted it to be. He also taught all of us that learning should be limitless. He spoke English, French, Arabic, and Farsi, and had published a collection of poems a year before his death. As I walked through the boulevards and arcades, my grief was mingled with an aesthetic and historical awareness. I felt the centuries of loss, war, famine, and strife that Paris had seen, and how my grandfather’s life, and now my loss of him, would forever be part of it all. Although I felt dispirited, knowing I could not have my grandfather back, there was also a sense of hope and gratitude. I may not have been in Paris to find romance, but I was carrying the love that my grandfather had passed on to us. I wonder if experiencing this loss enabled me to see Paris in a different light. The reality and struggles of daily life would probably have been clouded to me, had I not felt part of them at that moment. Works Cited

Zarin Assil is a Health Studies/Mental Health and Human Geography major at the University of Toronto Scarborough. She has travelled to many places in France, England, and the Netherlands, and has published an article concerning women and abuse in a Toronto-based Afghan-Canadian community newspaper, Zarnegaar.